Registration for The Little Mermaid Jr. is still open! Come join us and be a part of the ensemble!

In a magical underwater kingdom, the beautiful young mermaid, Ariel, longs to leave her ocean home – and her fins- behind and live in the world above. But first, she’ll have to defy her father, King Triton, make a deal with the evil sea witch, Ursula, and convince the handsome Prince Eric that she’s the girl whose enchanting voice he’s been seeking.
**Auditions have finished but registration is still open! Participants should submit a recording of a song to theatre@csparks.org and they will be given an ensemble part within the cast. The song list and additional information can be found at the top of this page.**
Practices begin the week of January 3rd on Wednesdays and Sundays.
Performances are tentatively scheduled for March 18-19 at Glenbard North High School.
Practice and performance schedules will be distributed after auditions.
Payment plan available.

Come sing, dance and act out your favorite storybook character. Whether you want to play Red Riding Hood or the Big Bad Wolf, this workshop is for you! Engage in age appropriate theatre games, vocal warm-ups and dance moves. The final performance will be on the last day of class.

Play in a day is an all-day theatre workshop where students will learn scenes and songs form the musical ELF! Vocal warmups, improv games, acting skills and theatre games will be taught. Must bring lunch and snack. There will be a small performance at 3pm in the room at the end of the day.

Register for Play In A Day

Photos from our last production of Frozen Jr. 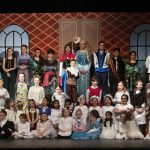 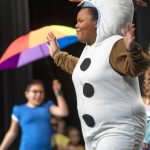 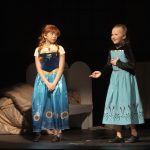 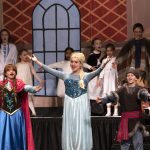 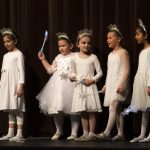 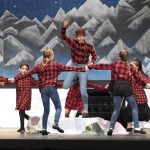 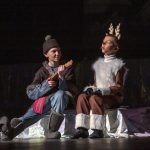 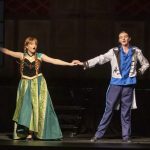 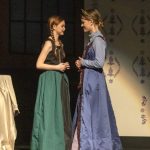 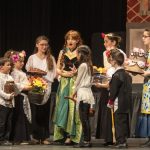 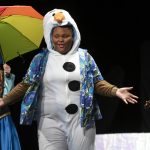 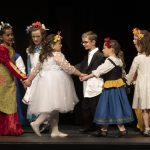