Acknowledgement of New Board Member Manual

Minutes from Regular Board Meetings

At the first meeting, you take an oath of office. The Executive Director is also the Board Secretary and administer the oath. All newly elected commissioners get “sworn in” together.

Following your installment, the Board need to elect a president pro tem. The person is elected to chair the meeting during the first order of business, which is to elect a Board president and vice-president. In addition, the Board appoints a Secretary and Treasurer. As is typical with Illinois Park Districts, the Director serves as secretary and the Financial Officer serves as Treasurer. Call me if you’d like more information on the whys and wherefores of Board Officers.

Once a president of the Board is elected, the president presides over the meeting. The president has the responsibility to move the Board through the written agenda. The president recognizes, or not, Board members or other individuals who wish to speak. (See attached rules of order).

State law requires that the Board follow parliamentary procedure. As such, discussion should only follow a motion and a second. The person who made the motion is to speak first. Then, discussion is directed and coordinated by the president. The president controls discussion length.

Most motions require just a voice vote. Ordinances and some resolutions require a roll call vote, where the Commissioner states his/her vote when the secretary call his/her name.

There is an ongoing question about interaction with audience members. It is optional. Ted Flickinger, Director of the Board’s Illinois Association of Park Districts, informs that the Board is under no obligation to field comments or questions during the action items of a business meeting. In fact, he said it is uncommon. The Listening Post is a vehicle set up before the meeting to gather information from citizens on any topic. Our standard Board procedure is to listen to comments, suggestions, and questions. All questions are answered by Staff within 48 hours.

After the first meeting, the Board seating arrangement probably change. There is nothing magical about the arrangement. If there is a specific place you want to sit, tell the president. Typically, the vice president sits next to the president.

(At your orientation, we go over many other ins and outs of Board protocol, as well as, important items like the Illinois Open Meetings Act). 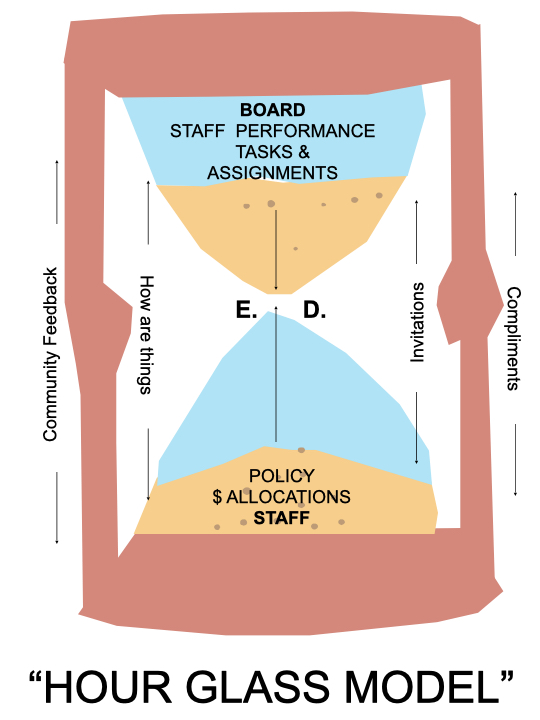 The Open Meetings Act (OMA) requires that all public bodies designate employees, officers or members to receive training on compliance with this law. Each public body must submit the list of designated persons to the Public Access Counselor. Public bodies may submit this information by U.S. Mail or e-mail to:

Serving on a Park Board Brochure – IAPD

Board as a Unit

Board Members Do’s and Don’ts

Why Park Benches are brown