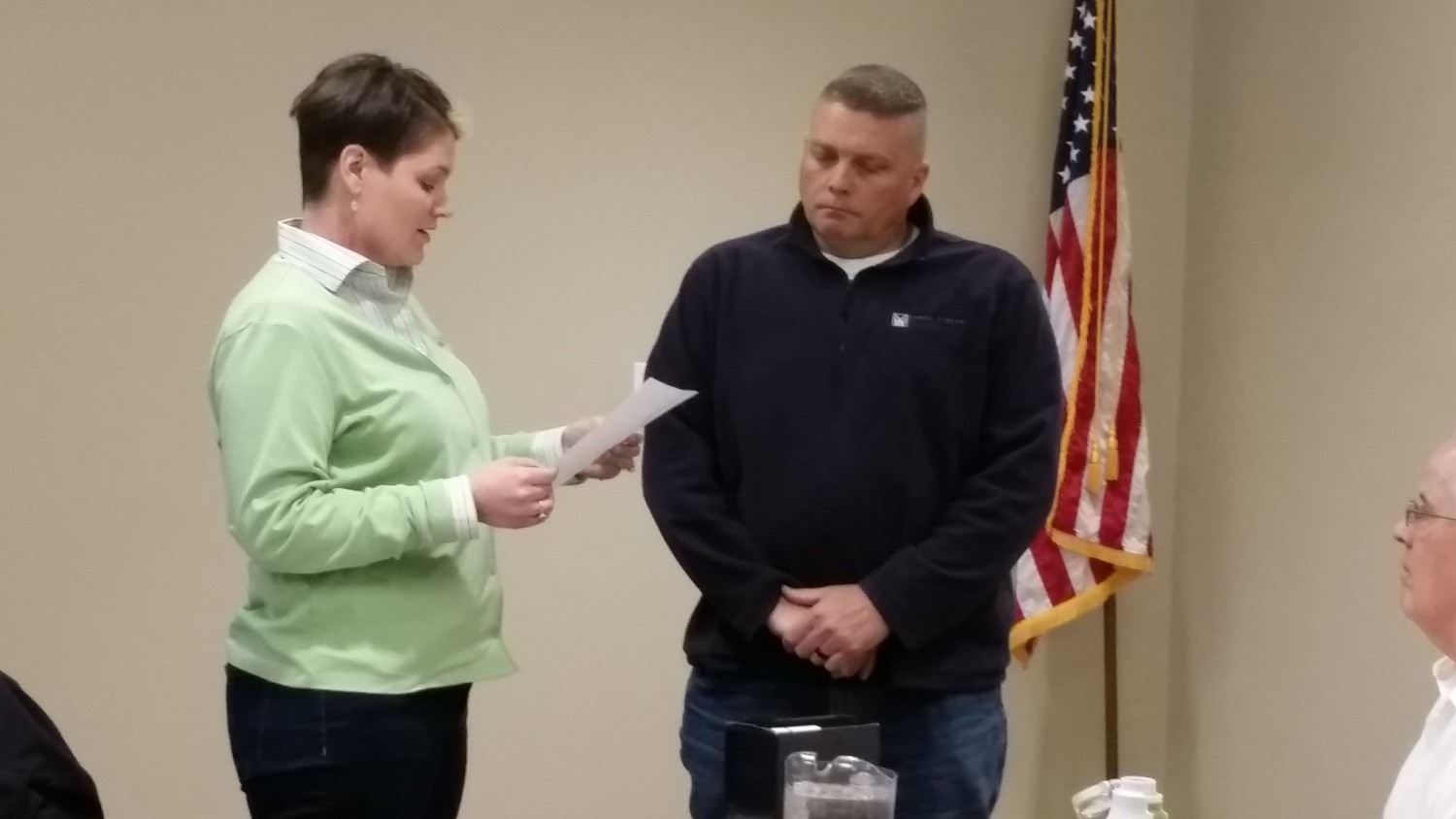 Board Members honored for service

At the May 8, 2017 Carol Stream Park District Board of Commissioners’ Meeting, four Board Members were honored for their service. Re-elected in the last public election, Brian Sokolowski, Park Board member since 2001, was sworn in as Commissioner for a 5th term. He was also elected by the other six Commissioners as Board President, a position held for one year. Brenda Gramann was re-elected Commissioner for her 5th term. She has also served the Park Board since 2001. Commissioner Jackie Jeffery read a Resolution honoring the service of departing Board Member Wynn Ullman.  Commissioner Ullman served the Board since 2009, and is leaving to pursue other interests.  Park District Executive Director Jim Reuter presented Commissioner Jackie Jeffery with an engraved plaque and gavel in honor of her term as Board President for the past two years.

Park Board Commissioners set the policies that guide the Park District. Elected by residents to represent the community’s best interests, Board members serve a four-year term and receive no compensation for their time. At this time Board Members are reviewing how to proceed with filling the vacancy left by Wynn Ullman. Look for more information in the near future.