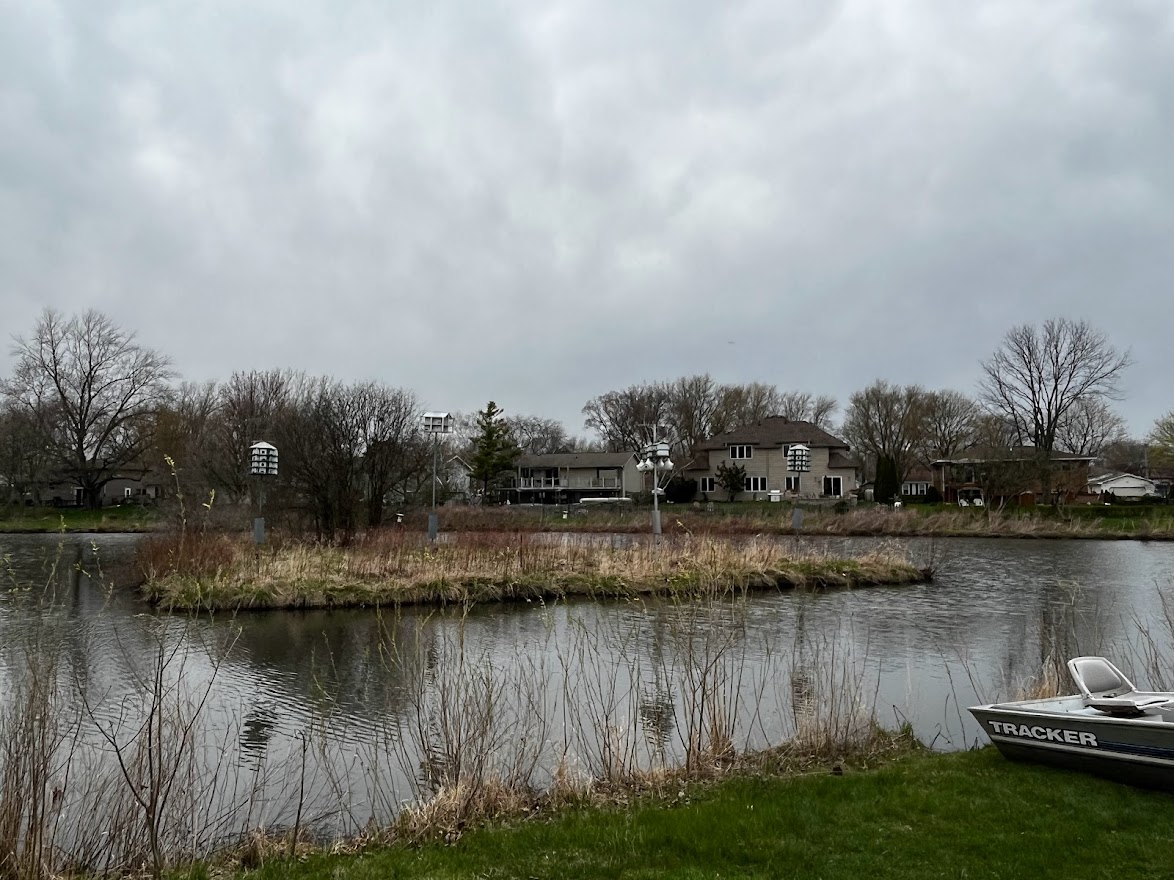 Have your heard about Balog Island?

Armstrong Park is home to a colony of Purple Martins that migrate through North America to South America each year. The colony is on Balog Island, located on the west side of the park. The establishment and care of Balog Island was under the tutelage of resident volunteers Ralph and Jeanne Balog and several other volunteers for many years, since the early 1970’s.

The Purple Martin birdhouses are designed apartment-style specifically for them and provide safety and protection from the elements, especially during the early summer nesting season.

The birdhouses require special maintenance each year in order to welcome back the Purple Martins. Our Balog Island decades-long enthusiast volunteers are no longer able to care for the birdhouses on the island. So Executive Director Jim Reuter, who’s a “hands-on” type of guy, rowed the traditional boat over to the island and cleaned out the colony houses. This required lowering the houses to a workable level. Old nests were removed, in addition to invasive birds, such as sparrows, who will kill the young Purple Martin fledglings and their mothers.

Purple Martin scouts usually arrive during the month of April, and by May the colony birds are paired off and setting up housekeeping. The months of June and July see much activity as eggs are laid, babies hatch and fledging begins. By mid-August, the birds begin to leave the area and migrate to their winter home in South America.

Jim saw several Purple Martin scouts the third week of April. “This Purple Martin colony has been coming to Balog Island for years, and it is our responsibility to see it continue to thrive,” stated Jim.

Come out to Armstrong Park and visit Balog Island. The Purple Martins are graceful in flight and musical pre-dawn. 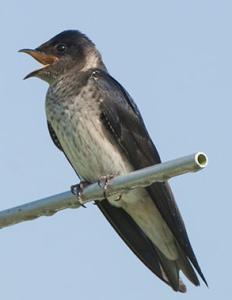 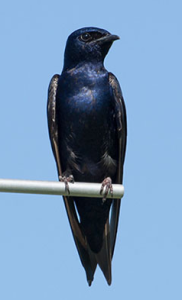 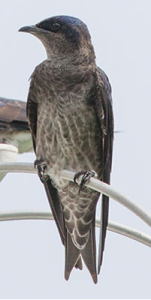 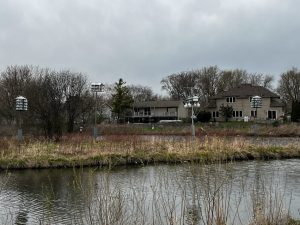 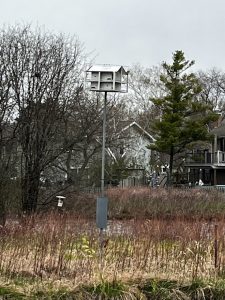 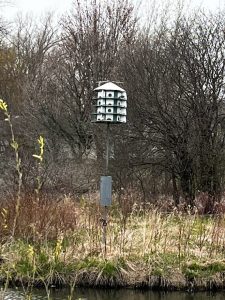 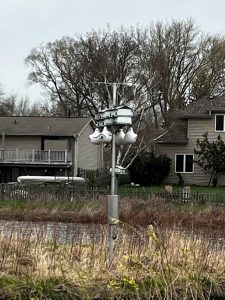 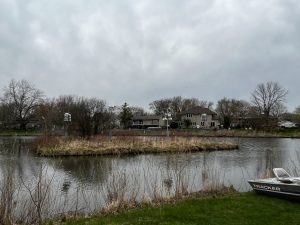 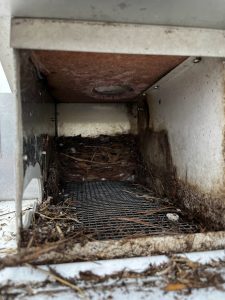 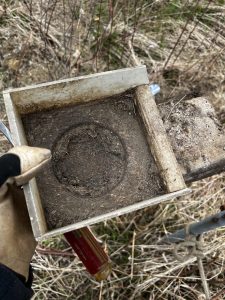